The Mediterranean diet, the healthiest worldwide! 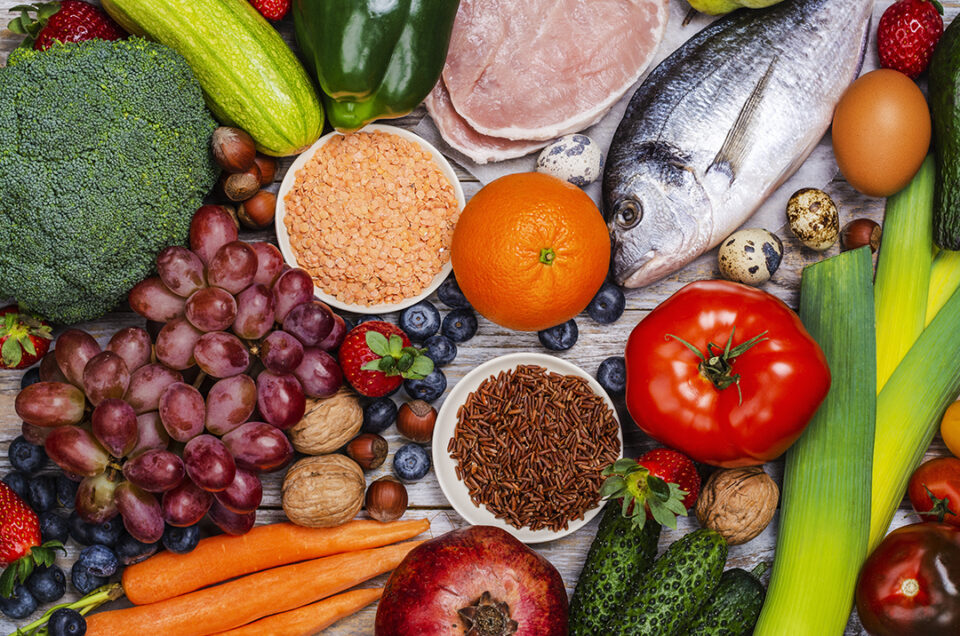 It is trending more and more by the day, and for good reason: it takes advantage of the freshest ingredients, it is delicious and it is extremely good for your health. Of course, we’re talking about Mediterranean cuisine! More and more restaurants across the globe are solely dedicated to this cuisine or are at least incorporating its dishes more frequently into their menus. Foodies across the globe are exploring and enjoying its mouthwatering recipes, so let’s find out what the buzz is about…

First and foremost, lets take a look at some geographic and historical background. The Mediterranean region includes all countries surrounding the Mediterranean Sea, however, the term ‘Mediterranean diet’ is predominantly focused around Greece, Italy, Spain and southern France. The term is attributed to the physiologist Ancel Keys, who in his mid-20th century study ‘Seven Countries’, attempted to examine the relationships between lifestyle, diet and coronary heart diseases in various countries. Unsurprisingly, inhabitants of the Mediterranean countries involved in this study, were found to be at a lower risk of cardiovascular diseases due to their diet.

Ingredients are everything in the Mediterranean diet, its three core ingredients being the olive, wheat, and grape. Further details and basic principles of the Mediterranean diet can be found in the ‘Pyramid of the Mediterranean Diet’, published in 1995 by a team of University of Harvard scientists. It states: It is a diet very rich in natural fiber (fruit, vegetables, wheat, potatoes, legumes, and nuts). It has olive oil as the main source of fat and includes small daily portions of dairy products such as cheese and yogurt. It allows a lower consumption of fish and poultry, and an even lower consumption of red meat (up to twice per month). The diet also contains very few processed foods. A consequence of all of these dietary choices is a very low amount of saturated fat and cholesterol, and a high amount of monounsaturated fat (thanks to olive oil), all resulting in noticeable health benefits.

The Mediterranean cuisine would not be anything without its myriad of recipes and techniques, that bring these ingredients together and convert them into tasty dishes. Common ingredients that flourish in the Mediterranean region, and are therefore used often are; artichokes, tomatoes, eggplant, legumes, mushrooms and onions. These fresh vegetables are then prepared in a variety of forms: roasted, baked, sautéed, pureed, grilled, or served raw in salads. To accompany them, fresh herbs are used in abundance as the climate of the Mediterranean region is well-suited to cultivating herbaceous plants like; rosemary, thyme, oregano, basil, and parsley.

Seafood makes a frequent appearance in many Mediterranean dishes due to the close proximity of the region to the Mediterranean sea. The seafood is usually cooked in simple ways such as grilling, roasting or frying, to allow its fresh and distinctive taste to shine through.

Meat is rarely used as this region’s rocky terrain cannot support herding big animals. The meat production is therefore limited to domesticated animals such as; sheep, goat, chickens and pigs, which are usually roasted, baked, grilled or stewed, and are often accompanied by vegetables and dressed with a sauce. Of course, each region boasts its own tricks and twists in the preparation and cooking of meat; the use of herbs and spices can greatly differ across the region, while some dishes appear only in certain regions due to the different geographic and economic conditions.

All in all, we’re talking about a cuisine with its roots placed firmly in the rich Mediterranean soil and that takes advantage of vibrant ingredients, turning them into simple, flavorful dishes. So if you too wish to taste the soul of the Mediterranean Sea, make sure your next trip is a trip to the Mediterranean region!

The Mediterranean diet, the healthiest worldwide!